From accounting to merchandise management: the ERP software Microsoft Navision. 100% standard and yet individual: The standard ERP solution for small and medium-sized enterprises.
learn more Consultation

Navision is the original name of the Microsoft Dynamics 365 Business Central software solution. Even though the ERP system is no longer called that today, the name “Navision” is still very familiar. It is the leading standard ERP software for medium-sized companies from Microsoft, which offers companies an end-to-end solution for the management and networking of all processes (e.g. sales, CRM, purchasing, accounting as well as reporting). This is also the reason why the ERP solution has proven itself in companies of countless industries as well as sizes and today looks back on a long development. It is an adaptable solution that allows easy upgrade from entry-level accounting software and older ERP systems.

years at the market

We would like to shed light on the darkness and enlighten you below about the development of Navision, Dynamics NAV and Dynamics 365 Business Central:

What can Navision/Dynamics 365 Business Central do?

In the early days of Navision, there were only six menu items:

The intuitive handling already existed before: Even then users could move or hide columns, filter by fields and use flow fields to calculate with date filters.

Nevertheless, a lot has changed in terms of functionality, design and deployment options.

Time travel to today – Today, in Dynamics 365 Business Central and thus the latest version of the ERP solution, we not only find a far greater range of functions. In addition, the user interface is modern in the Microsoft look-and-feel and companies can choose from different deployment options (on-premise or cloud).

In addition, other Microsoft products such as Office 365 or Microsoft 365 and the Microsoft Power Platform with components such as Power Apps, Power Automate and Power BI have of course been (further) developed in parallel.

Our services for companies using Navision. 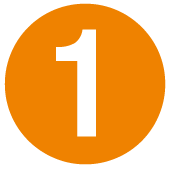 You are using Microsoft Navision and would like to keep it that way?

Thanks to our experience, we can also provide support for older versions. When you are ready to upgrade, we already know your system and are well trained.

But we have to be honest: The day will come when you will not be able to avoid an upgrade. Because Microsoft will eventually discontinue support as well as updates for older versions. 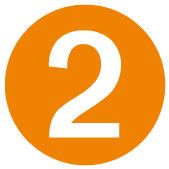 Are you using Microsoft Navision and want to improve the system?

We are aware that not every small or medium-sized business has the financial means to upgrade to Dynamics 365 Business Central right away. And that’s perfectly fine!

Nevertheless, we can improve and “spice up” your system within the limits of what is technically possible. We can add small things or perform small “technical upgrades”. 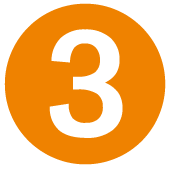 Are you using Microsoft Navision and looking to upgrade?

Are you ready to leave your aging Navision solution behind to upgrade to a shiny, feature-rich new Dynamics 365 Business Central platform?

Very well! We have successfully gone through this process dozens and dozens of times with many companies, as you can read through our testimonials.

Financial incentives to upgrade from Navision to Dynamics 365 Business Central.

You want to upgrade Navision and use Dynamics 365 Business Central? We offer you some incentives to do so. You will find temporary and limited discounts, promotions and offers. Strike now!

customers say about their ERP project.

“We are very happy. The new ERP software now provides us with a suitable basis for precise planning, control and optimization of our production.”

“Anaptis has been successfully supporting us for years in the development of our homologation software and in the optimization of our processes.”

“From the very beginning we were in good hands with the anaptis staff. We always felt that our problems and requirements were understood and appropriate, proactive solutions were proposed.”

“All departments, such as CRM and logistics, are interconnected and we are one step ahead of the competition!”

“Anaptis has helped us to be more efficient. We now manage our data company-wide, as well as inter-divisional, in one system.”

“With the implementation of the mobile solution of Anveo, we save valuable time and have more satisfied customers.”

“We can always rely on anaptis, as a competent partner. We have definitely more than improved our it status.”

“With anaptis we have a very reliable local partner. We benefit from a very competent and personal support.”

“If a customer rents our advertising space, thanks to anaptis, we can now book this directly in the airport’s 3D location map.”

“Without Dynamics NAV and anaptis we would not have been able to meet the increased demands of our customers.”

„We support many customers in Microsoft Dynamics NAV in different versions and release levels. anaptis built us a data transfer tool for upgrades of individual solutions (large amounts of data in a narrow time slot).“

“Our warehouse logistics are now much more efficient. We retrieve real-time-data at any time in the warehouse.”

“Our field staff now rely on real-time data! In addition, the tour planning and order processing is optimized.”

What can we do for you?

We advise you on all aspects of Microsoft Navision.

Get to know us personally! We will be happy to advise you on any questions you may have about Microsoft Navision. Just contact us and tell us how we can help you.

We are looking forward to your request!